The economic benefit of solar PV improves as more of its energy is consumed on-site. This is possible if the onsite base electric load (minimum load) is substantial and steady relative to the peak load and not less than peak solar power generation. Except for commercial–industrial applications, steady electric loads are not the norm.Dairy farms have high variations in electric loads, especially those batch milking cows in the morning and evening. Here the peak loads morning and evening are typically ten times greater than midday loads. See load profile (blue line) in figs 1 and 2 below for typical dairy farms with these peak loads.

The conventional approach to Solar PV is to install modules on a south-facing roof to maximize the energy generated from the midday sun. But this approach is not ideal for the dairy farmer milking twice a day as peak solar power and peak farm electric loads occur at different times. Here a substantial amount of the solar energy is overspilled to the grid at little or no value. This can be overcome by diverting the surplus solar energy to battery storage and to a lesser extent, water heating and recycled later in the evening. However, lithium-ion battery technology (most popular) is expensive and has an expected service life of 8 – 10 years before performance degradation sets in. Is there an alternative solar PV approach?

In the Spring of 2018, Sunstream Energy began testing an alternative solar PV approach using bifacial modules. Bifacial modules comprise double-sided solar cells sandwiched between two sheets of high-strength toughened glass. They produce energy from both sides when exposed to incoming light. On the other hand, conventional mono-facial modules with single-sided solar cells and an opaque-back sheet produce energy from the front side only.

Energy when you need it – Morning & Evening

By mounting the bifacial modules vertically on a specially designed frame with one side facing east and the opposite side west, the resulting power curve has two peaks with a dip or trough at midday. One power peak occurs in the morning when incoming light is concentrated on the east-facing side and the other in the evening when light is concentrated on the west side. 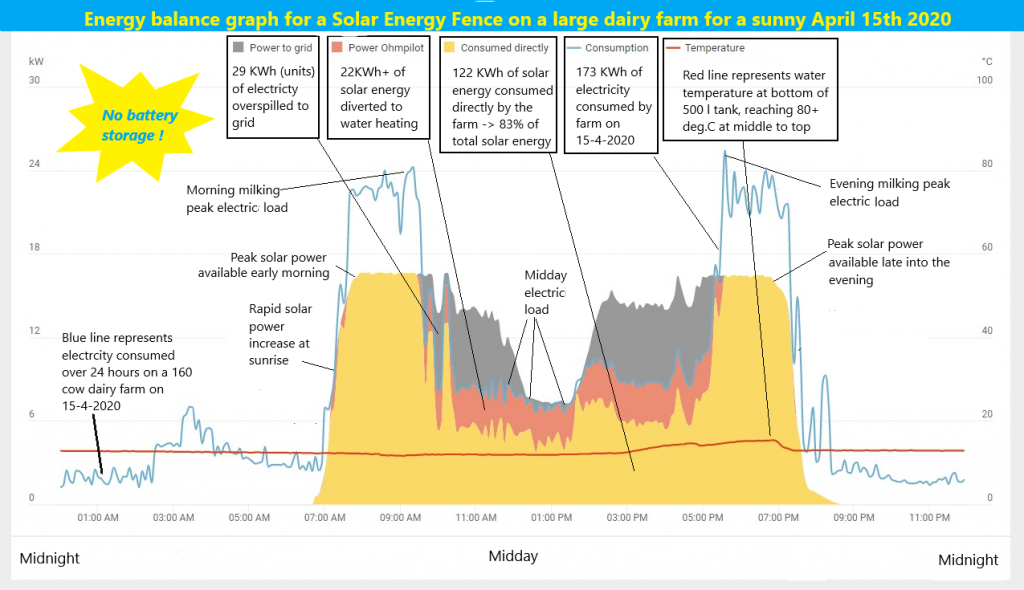 Sunstream Energy progressed the concept and installed Solar Energy Fences™ in two Waterford dairy farms in 2019. The PV system sizes were relatively large at 24 and 27 kW. The performance results for 2020 are as follows:

The solar PV and load profiles for typical sunny Spring days are given for both farms in figs.1 and 2 below. The graphs illustrate the excellent match between power generation and electrical loads in sunny mornings and evenings, thus enabling high levels of solar energy consumption on site. 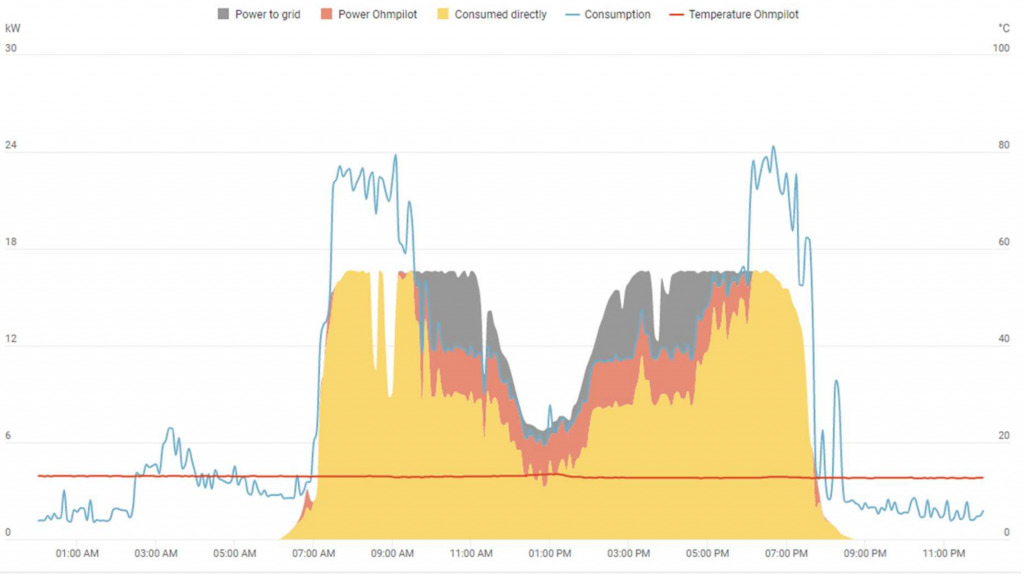 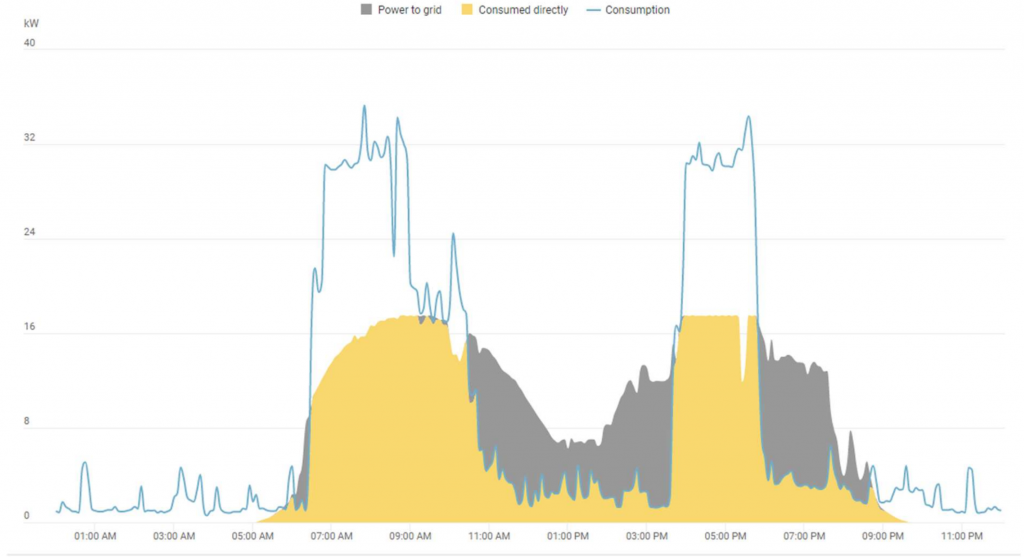